Coconut oil is all the rage lately! I’m not typically one for natural remedies, but I became tempted to try it after reading about so many people using it for various beauty treatments. I decided to try out its most popular uses and see how they worked for me. When I went to the grocery store to buy a jar, I was overwhelmed by how many options there were! You want to make sure to choose one that is virgin/unrefined since the refining process can include bleaching or deodorizing which reduces the coconut oil’s potency. I eventually selected Dr. Bronner’s Organic Virgin Coconut Oil. 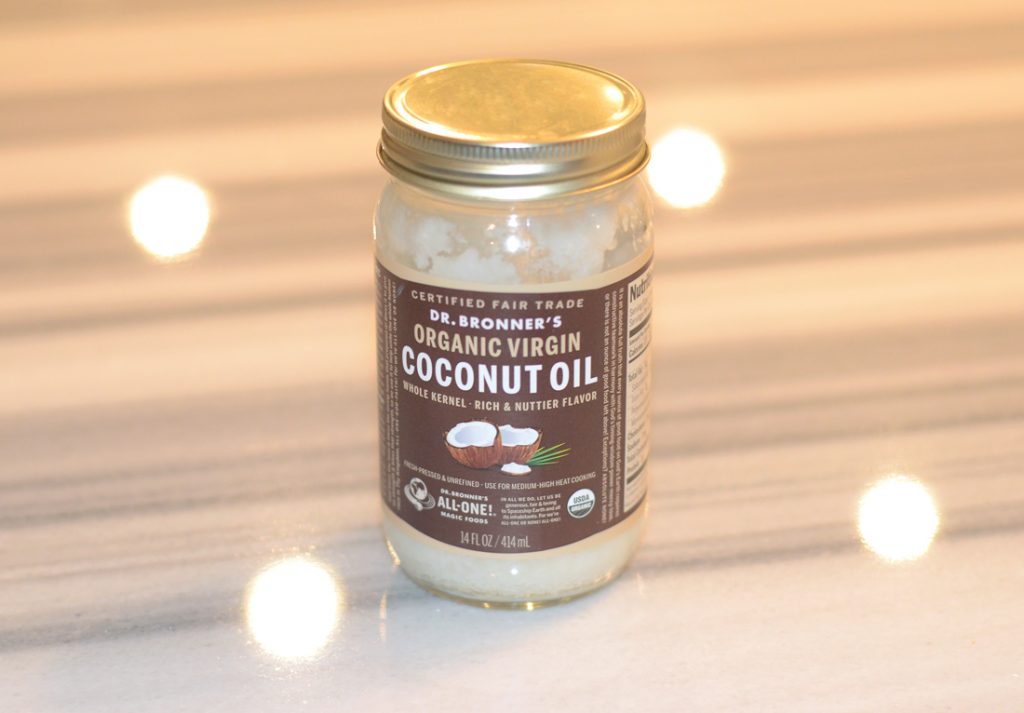 Oil pulling is a oral detoxification procedure that is done by swishing a tablespoon of oil of coconut oil around in your mouth for 10-20 minutes. It originated in Ayurvedic medicine, but has gained popularity in the US. It has been used for centuries as a traditional Indian remedy to cure tooth decay, eliminate bad breath, heal gums, whiten teeth, prevent cavities, heal cracked lips, and much more.

The first couple of times I tried oil pulling I found it tiresome. 10-20 minutes is a long time to swish something in your mouth! But I soon found that if I did it while I was in the shower, the time flew by and I actually found it somewhat relaxing. I have been oil pulling nearly every day (in addition to brushing my teeth) for about two months. While I can’t confirm if my teeth or gum health has improved or not, it really does make my mouth feel clean and soothed after I do it. I think my teeth might be a little whiter too!

Since I have oily skin, I was wary of trying coconut oil as a moisturizer, but I decided to give it a shot anyway. I tried using it as a night cream and was surprised to find that after a few minutes, the oil completely soaked into my skin without leaving any residue. However, I found the greasy feeling of rubbing it into my skin kind of gross so I haven’t continued to do this. One area that I do still apply it is the backs of my arms. I have Keratosis Polaris (AKA “chicken skin”) there and I’ve found that coconut oil keeps it smoother than any other moisturizer I’ve tried!

I don’t use hair masks/treatments that often because you have to shampoo them out afterwards (and shampoo = pink hair dye down the drain). But when I do decide to mask my hair, I like to go with a really heavy oil and let it soak for a good long while. Hair oils and masks can be SO expensive. The good ones are often upwards of $50! I’ve been impressed the results of using coconut oil a cheap alternative. The vitamins and essential fatty acids found in coconut oil nourish the scalp and hair. It locks moisture into dry locks which adds shine and softness as well as protecting against future breakage. I find that it really soaks into my hair when I apply it which tells me that it’s getting in there and doing its job! Like any oil treatment, it can be tough to get out of your hair especially when you use gentle, no-lather shampoos like I do. It usually takes me 2 shampoos to fully remove it.

All in all, I’m really impressed with how versatile coconut oil is! There will always be a jar of this stuff in my bathroom cabinet from now on.

Pixi x itsjudytime Get The Look ItsLipTime Palette in Ta-Da 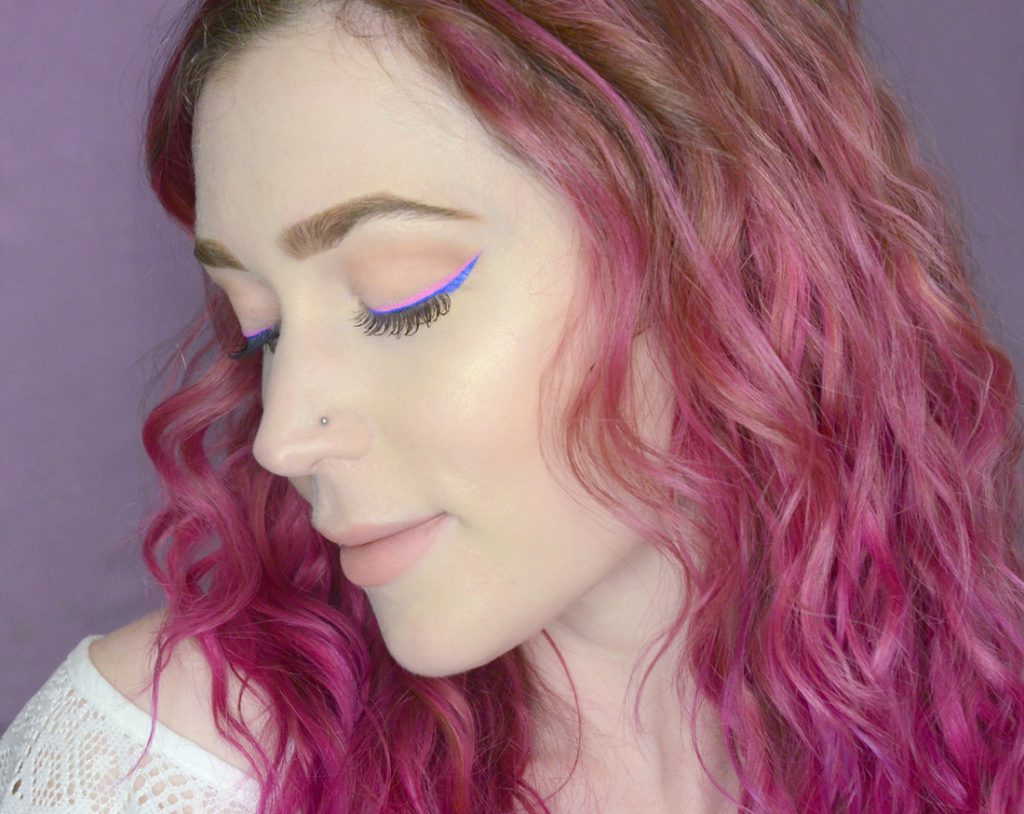 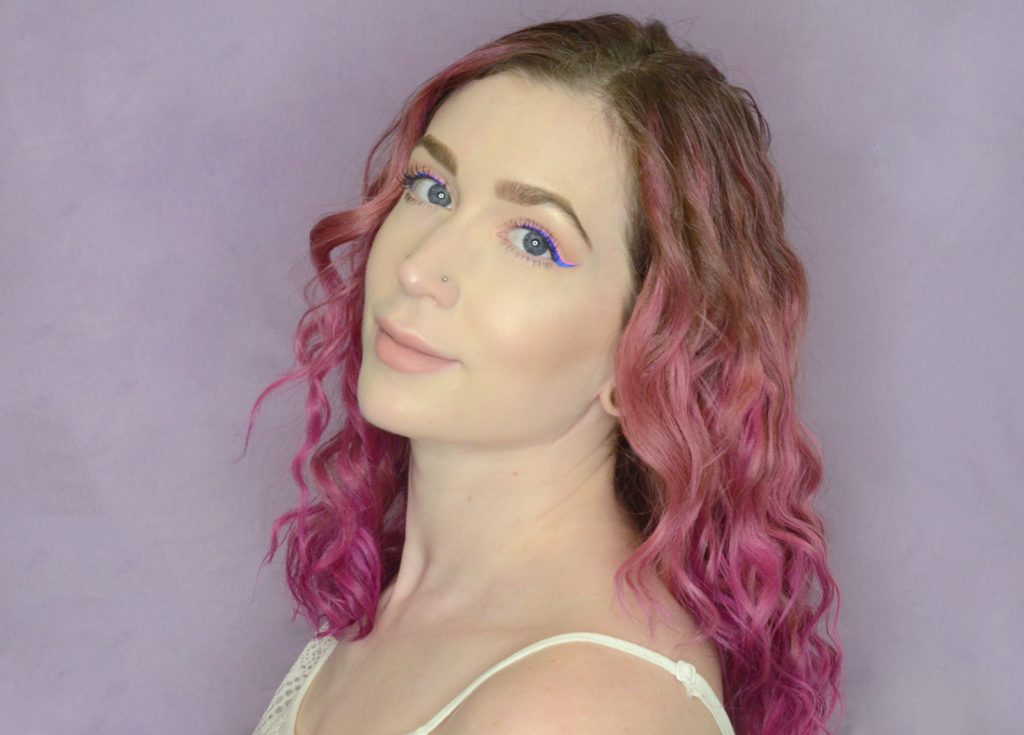 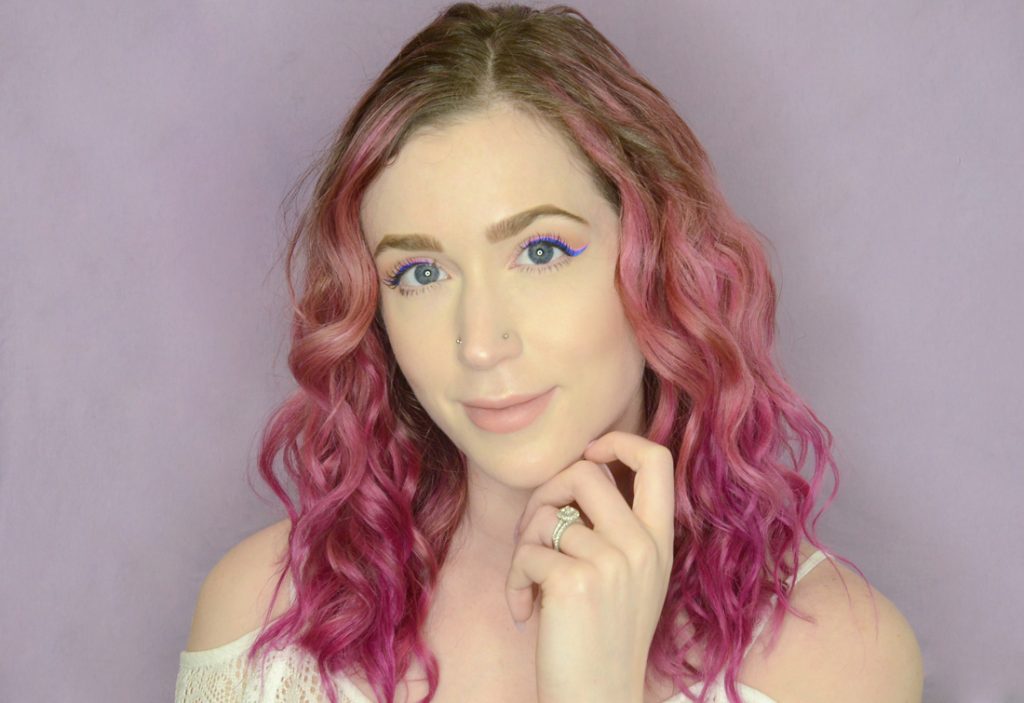 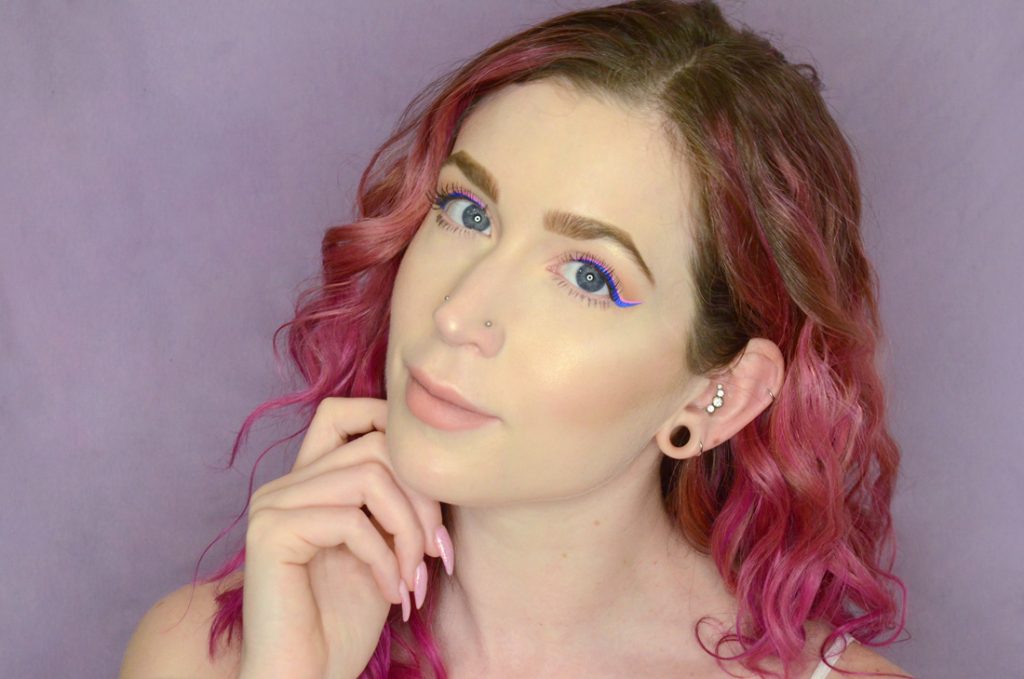 Posted By: Emily · In: Makeup Ideas